ANZ traces its origins to the Bank of Australasia, which opened its first office in Sydney in 1835. The bank established a Melbourne office in 1838, where ANZ's world headquarters is located today at 833 Collins Street, Melbourne.

ANZ is a publicly listed company, and was incorporated on 14 July 1977 in Australia. Australia and New Zealand Banking Group Limited is the main holding and operating company for the Group and our registered office is ANZ Centre, Level 9, 833 Collins Street, Docklands, Victoria, Australia.

We operate in more than 33 markets across Australia, New Zealand, Asia, Pacific, Europe, America and the Middle East.

Find out more about ANZ 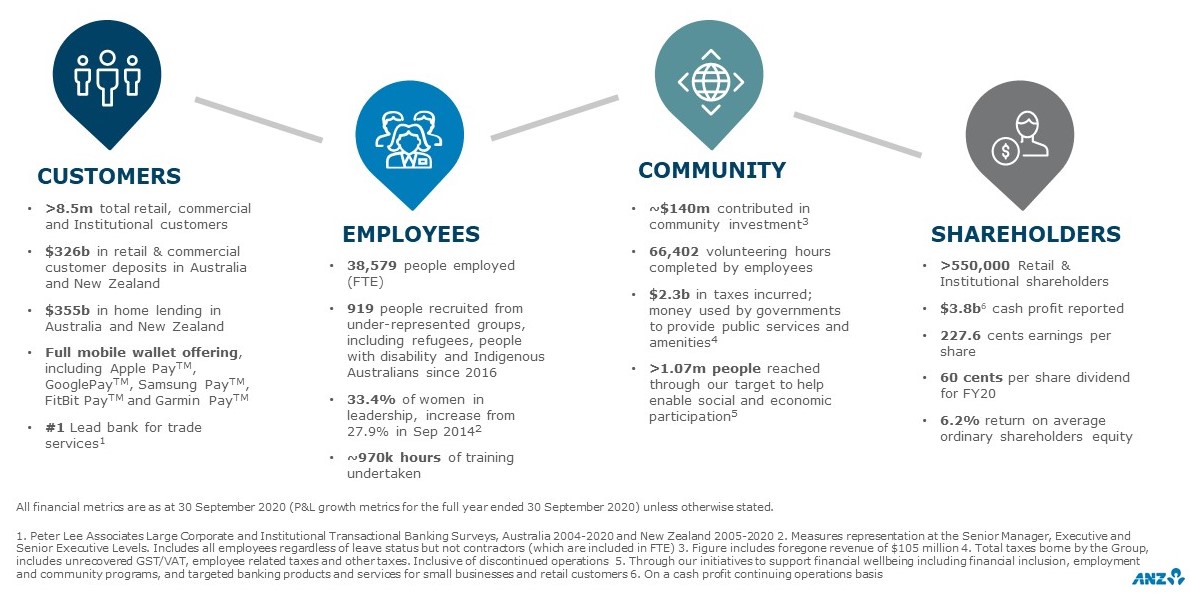