Impact investing pioneer Impact Investment Exchange (IIX) broke new ground with the launch of the $US8.5 million Women’s Livelihood Bond (WLB1) in 2017, the first world’s first gender lens and impact investing listed on a stock exchange. ANZ was one of the placement agents.

Despite its eventual success, the initial reception from its bankers and investors market was subdued, Durreen Shahnaz, founder and CEO of IIX recalled in a conversation with ANZ Institutional Insights.

“I was told by the bankers that basically, if you change the name to just call it an emerging markets bond, then it would sell” she said. “Because it's called Women's Livelihood, no one's interested.”

However the bonds did sell and its proponents – including the US and Australian governments who provided guarantees - were vindicated when investors were paid out in July 2021.

Since the debut of WLB1, appetite for impact investing has grown significantly. The demand is coming from large fund managers, pension funds and private investors who want to preserve capital, improve cash flow as well as make a difference, according to Tammy Medard, Managing Director – Institutional Australia at ANZ.

“It's super encouraging to see just the broad spectrum of people coming forward and really saying, actually, I don't want the general kind of corporate bond investment, I want impact investment,” she said.

The growth of social awareness is also evident across the corporate world, Medard said.

“I even see this in the corporate side of things … a lot more are really trying to link their activities with the social side of their business,” she said. 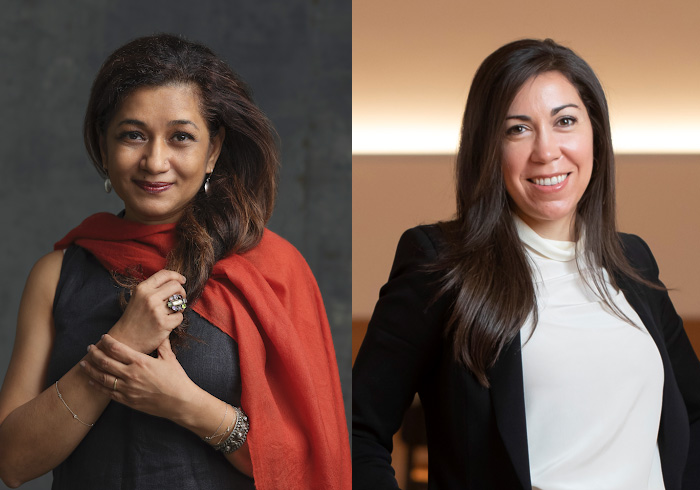 Shahnaz set out after the 2007 global financial crisis to create a business platform to revolve around financing to improve the welfare of women in impoverished communities in Asia Pacific while providing a return to investors.

Across the world, women form the economic backbone of their communities and countries. The Asia-Pacific region alone has over 50 million women-led enterprises, mostly in the micro, small and medium range that provide employment to over 100 million people. However due to deeply embedded inequalities, women are systematically excluded from financial markets.

“[At the encouragement of the Rockefeller Foundation], I put together this business plan with the thought of how to create a financial market that would bring in different stakeholders, which actually will put women front and centre of capital markets and give value to women, underserved communities and the climate,” Shahnaz said.

“I was focused on how we can make finance not be so myopic, just focussed on maximising profit and creating wealth. But really how to make it a power to actually change the world and bring all the different groups, the haves, the have nots, everyone in as equal players.”

Launched in 2017, the WLB1 was the first of the $US150 million Women’s Livelihood Bond Series, a debt program backed by a pool of underlying issuers consisting of social enterprises and micro-finance institutions. Proceeds from the bonds help create sustainable livelihoods for over three million underserved women across Asia Pacific and other emerging markets. Since then, there have been two other WLBs issues launched raising $US39.7 million in total.

Empowering women by creating opportunities for them to gain financial independence has significant positive impact that goes well beyond the individual’s family, Medard said.

“There's plenty of studies that we can point to that show that when you invest in women and support them in businesses, that has an exponential benefit to the community and to the economic growth and stability of countries,” she said.

Financial instruments such as the WLBs connect investor capital to organisations and communities in need, underscoring the vital role of financial markets to bridge the inequality gap.

“That's, I think, one of the most wonderful things in the financial services sector that we can bring to helping drive a successful achievement of the [United Nation’s] Sustainable Development Goals,” Medard said.

Medard witnessed firsthand the lives of communities in emerging countries during her time as CEO for ANZ Laos.

“It wasn't until I was actually on the ground in Laos where I saw it with my own two eyes and also saw how impoverished some communities are,” she said.

Sharon Klyne is an Associate Director, Communications at ANZ Institutional